Spring, Summer and Autumn would definitely come 1st, 2nd and 3rd (respectively) in my personalised “Season League”. However, despite being in final place, the last day of January put on a spectacular performance on Winter’s behalf.

The vista looked like one big Harris tweed jacket: Bracken-brown, tan, moss-green and every conceivable browny / green shade in-between. And although I usually label these colours dull and boring, against today’s steel-grey sky they took on a magical and luminous quality.

The graceful deer were looking  particularly beautiful; their fabulous deep chestnut coats a perfect fit for their winter habitat.

The powerful stag (above) – handsome and proud – clearly enjoyed strutting his stuff for the onlookers and was keeping a very watchful and controlling eye over his harem of doe (below).

Ever since I moved to London, Richmond Park has been one of my very special places to stroll around at the weekend. There are around 600 red and fallow deer that live in the park and the Royal connections to the park begin with King Edward around  1272.

I always think the same two thoughts when walking here:

Thought 2: That some of the old trees in the park (ranging between 500 and 700 years old) have lived through so much English history – the Black Death; the battle of Bosworth Field; the Spanish Armada being destroyed; the gun powder plot; the Great Fire of London; the English Civil War; the abolition of Slavery; and World Wars I and II to name but a few. They will have seen (yes, they see!) German bombers flying over the London skyline! Pretty mind-blowing really. If only trees could talk. 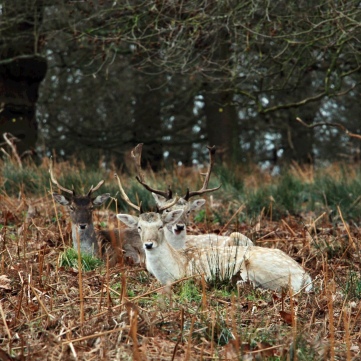 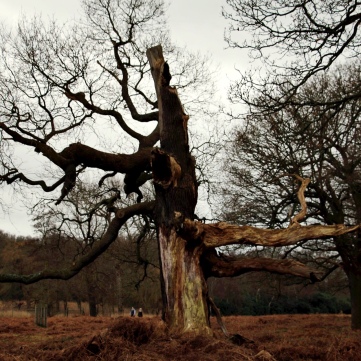 Hard to believe these shots were taken 4 miles outside central London, huh?

The most incongruous sight of the day? Definitely the green parakeets: 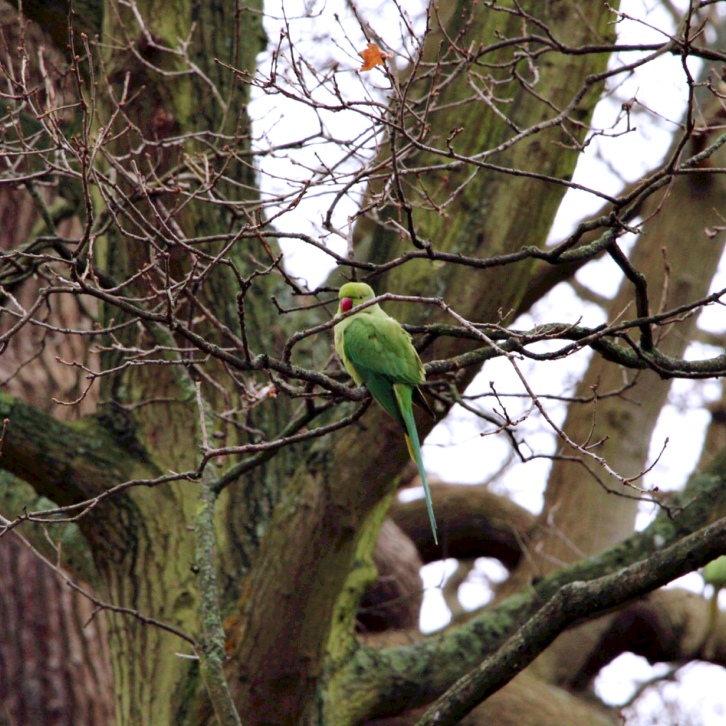 There is some debate as to how these non-native birds came to settle and reproduce in London since the 1990s.

Various theories have been put forward to explain their presence – including that a flock of the birds escaped from London’s Ealing studios during filming; and that a container full of birds fell open at Heathrow airport and they escaped! Who knows the truth? But what I do know is that they are noisy little creatures (think an excited puppy repeatedly squeezing one of those toy dolls with a high pitched squeaker in its tummy). 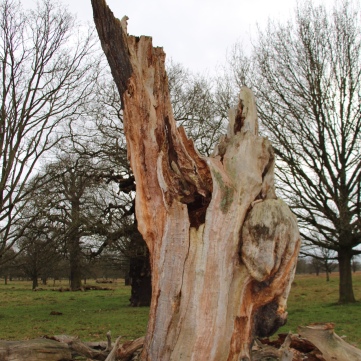 If you have never visited Richmond Park and you are in London with a few hours to spare, do take time to visit. It is absolutely spectacular; it definitely soothes and revives the soul after a busy week.

And there is nothing like having fresh-air-rosy cheeks when you return home on Sunday evening. The best things in life really are absolutely free.

Enjoying life and the crazy beautiful things in it. View all posts by Lexa